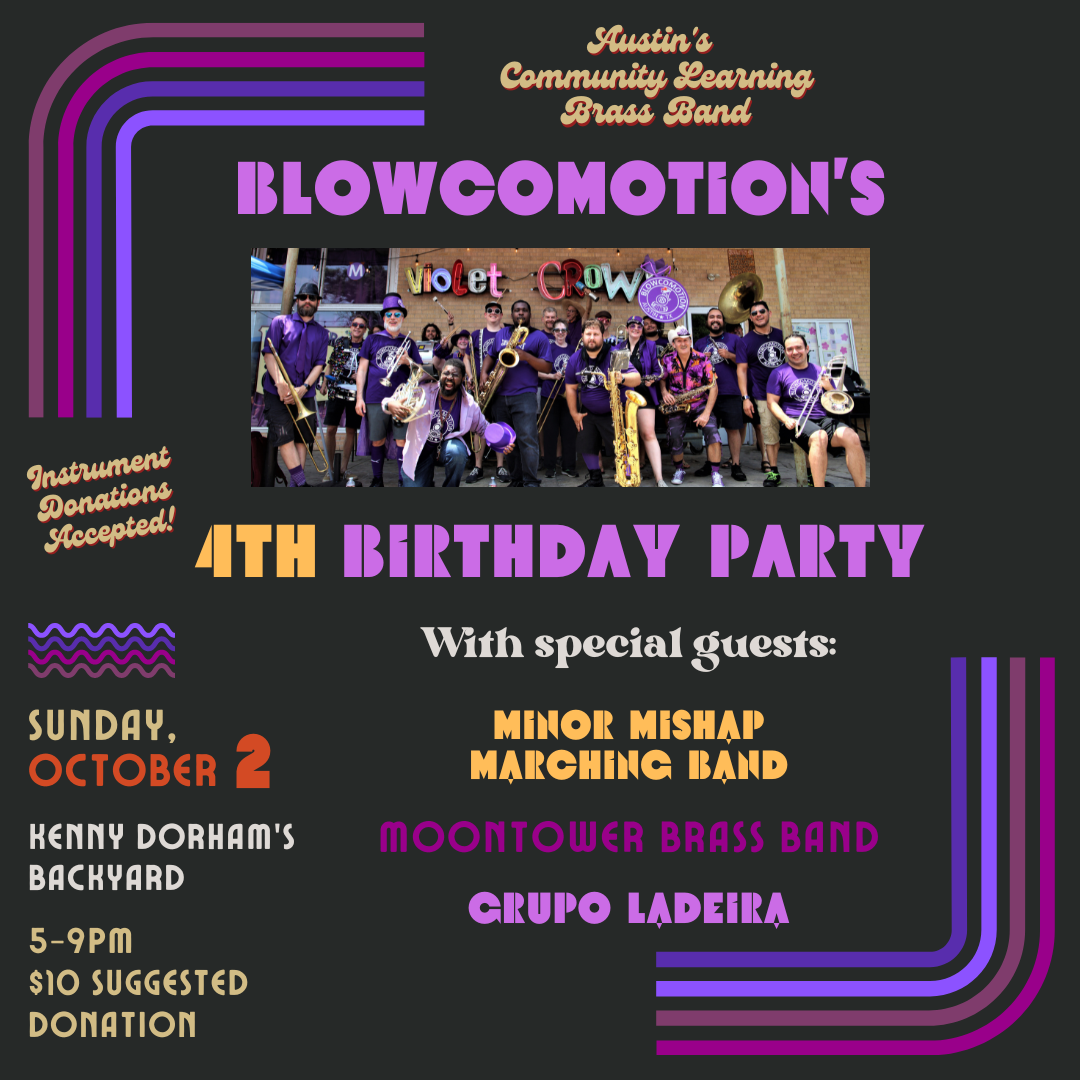 Blowcomotion is celebrating our 4th anniversary as a band and nonprofit organization here in Austin and we’re throwing a big party for the whole community to celebrate!

Besides Blowcomotion, performances will include Grupo Ladeira, Moontower Brass Band, and the band whose members helped start Blowcomotion 4 years ago: Minor Mishap Marching Band! Blowcomotion will be joined by each of the other bands for a separate collaborative song during our performance.

This show will act as a fundraiser for Blowcomotion’s community music education programming and we will be collecting instrument donations throughout the event. Another local music nonprofit, Kids In a New Groove (KING), who provide free music lessons and mentorship for children in foster care, will also be present at the event and will be accepting instrument donations like guitars, basses, and ukeleles.

Also, Thirsty Planet Brewing Company has agreed to donate several cases of beer for the event! We won’t be able to charge anyone for the beer, but we will have a tip jar conveniently placed nearby in case folks would like to offer Blowco a donation! Huge thank you to Thirsty Planet!

RSVP ahead of time to let us know you’re coming on eventbrite!